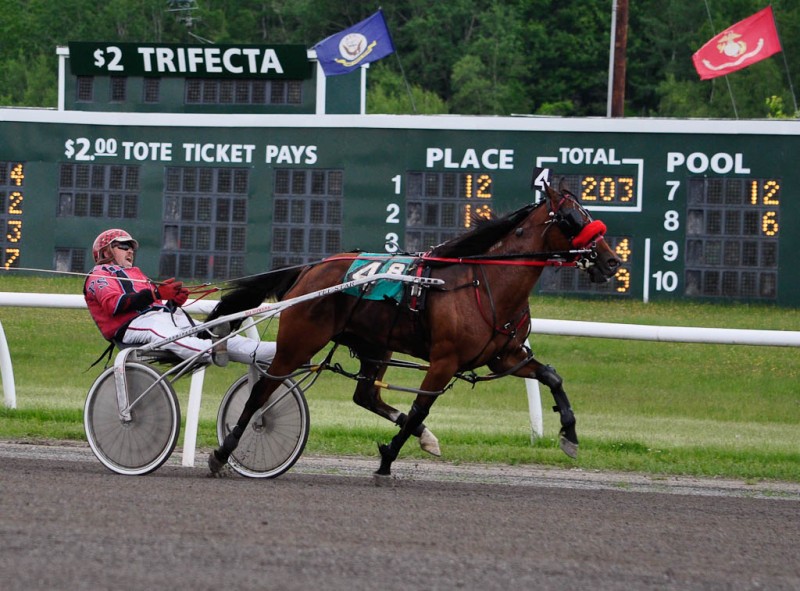 above: Harness racing at Scarborough Downs.

From Acadia, we headed south along route1 to Portland. Portland was going to be a quick stop because we were in search of sunshine and Portland didn’t have any either. But, we did stay long enough to grab a bowl of “chowdah” and catch some harness racing at Scarborough Downs. 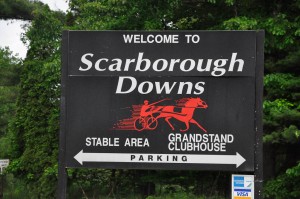 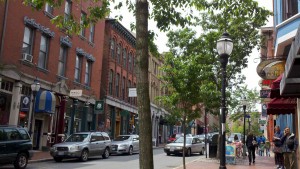 For those interested in antique shopping, The picturesque drive along the coast boasts 24 antique shops in a 28 mile stretch. I, showing great restraint, did not ask the Hippygeek to pull over even once. But, I did make a mental note just in case I ever have the opportunity again. 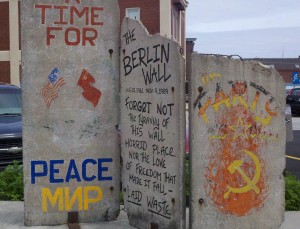 above: A piece of the Berlin Wall on display on the waterfront.

Although originally settled in 1633, Portland got off to a rough start having been destroyed by war and renamed numerous times before finally becoming “Portland” in 1786. We toured through the Old Port section of town to see colonial buildings dating back to the 18th century now filled with boutiques and restaurants. We stopped in at Gilbert’s Chowder House where I got the fish chowder and the Hippygeek got the clam chowder. 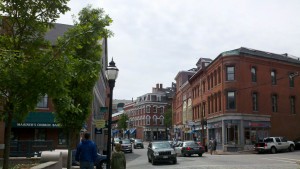 The Lil’ Dude proclaimed, before we ordered, that he was now a “vegetarian”. I think he was suffering some post traumatic stress after choosing a “cute, cuddly” lobster in Acadia then watching it get thrown into the pot. So, he ordered a salad. The Big Dude also wimped out and ordered a smoothie. So much for introducing them to local cuisine. 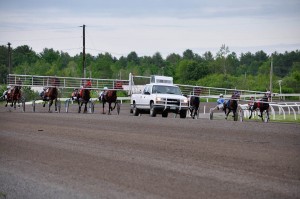 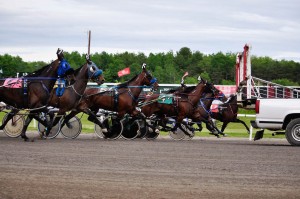 The Scarborough Downs race track was just down the street from our campground with races daily so we thought it might be fun to check it out. We arrived at the dilapidated facility and found ourselves to be almost the only ones there so we had no problem getting a trackside view. 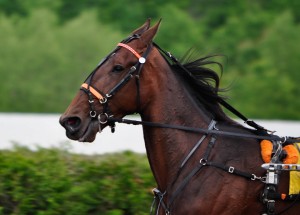 I don’t know anything about horses or horse racing. I mostly just like to look at them and the way they move especially when they go really fast. They are beautiful creatures. 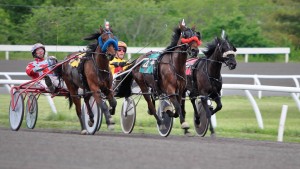 We arrived just in time for the first of the 8 races scheduled. The hippygeek grabbed a program and we tried our hand at picking “winners”. The Lil’ Dude picked based on the most interesting name, the Hippygeek picked based on rider and horse ratings, the Big Dude wouldn’t commit to any horse and I picked on all of the above but reserved the right to change my mind once I actually saw the horse. 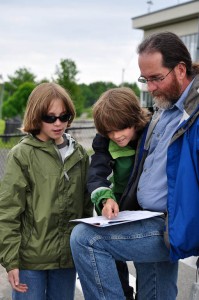 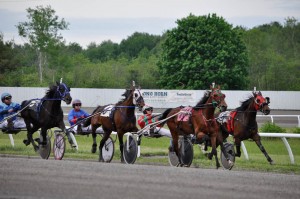 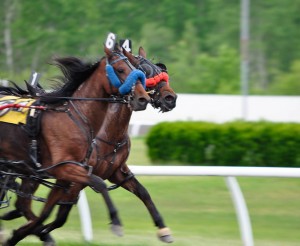 above: Trying to pick a winner.

The Hippygeek decided to put $2 down on the first race and won with a payoff of exactly $7.60, almost enough to buy a cup of coffee and a danish at Starbucks. He bet $2 on another race and won again which brought his earnings up to $20, whooee! He thought about betting on another race since he was on a roll but decided against it and that horse ended up winning too! 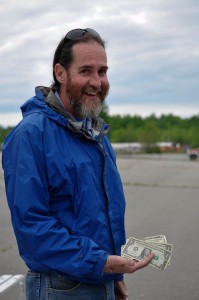 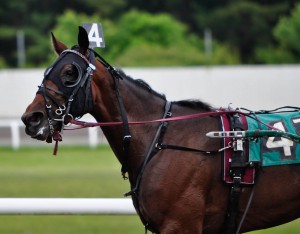 above: The Hippygeek picks a winner.

Meanwhile, the rest of us need to not ever bet on horse racing as none of us ever picked a winner. But, it was really fun to watch the horses trot super fast down the track with amazing beauty and grace and it was a really fun way to spend a dreary evening in Portland. 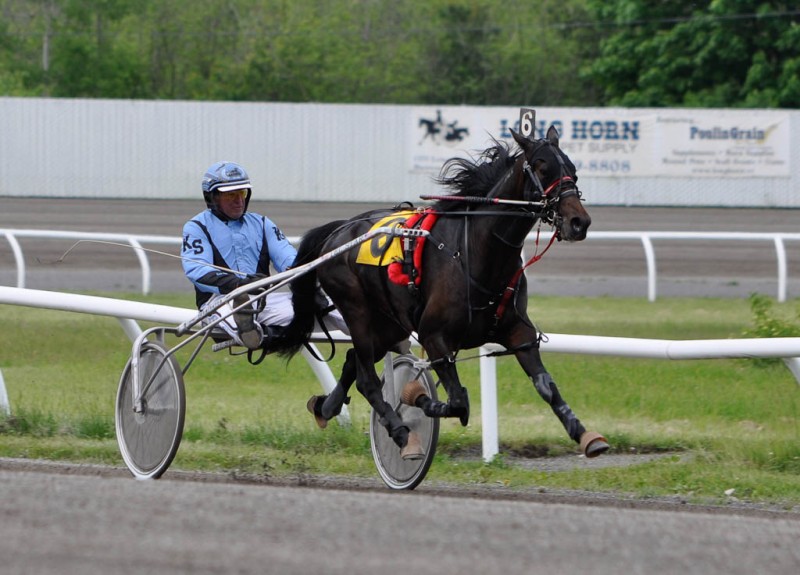 I am fascinated by some of the rules of harness racing. Apparently, if during the race, a driver “impedes the progress of another driver,” he is moved beneath the driver he offended in the final standings.

I like the idea that someone doesn’t benefit by getting in the way of someone else’s progress.

The price for ruining that person’s dream of winning is not only losing the race, but taking a place beneath the person you offended.

What if the price we had to pay for slowing down someone else’s progress was to switch places with them . . . live the life our actions forced them to live?”    JudyMae

This entry was posted in Dawn Deliberates and tagged horses, Maine. Bookmark the permalink.