We finished up our week in the Keys racing on the 105 ft. Schooner America 2.0. The race was part of the Conch Republic celebration and commemorated the 19th century business of “wrecking”. 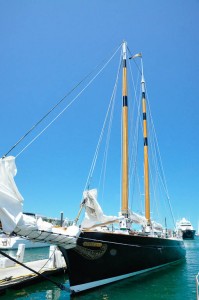 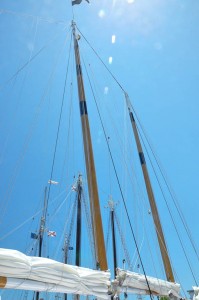 The reefs along the Florida Keys presented treacherous waters for mariners in the 15th through 19th century’s.  Marine salvage, in those days, was referred to as “wrecking” and became big business in Key West. 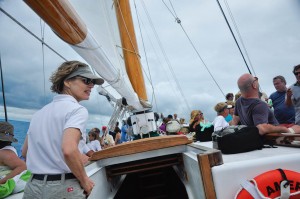 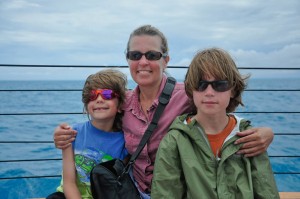 When I told the Lil’ Dude we were going to go on a boat ride he said, “yeah, I want to go on one of those boats that goes so fast it rips your face off”. Now, I’m not quite sure where he got that from but I suspect that it may be something inspired by Spongebob and his buddies. 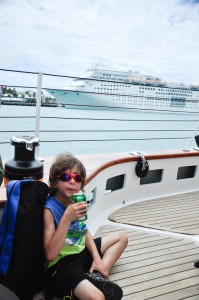 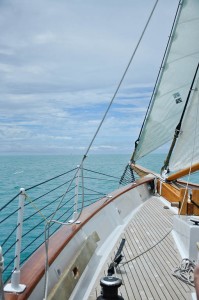 So, instead of getting his face ripped off, I told him we would be going on a brand new sailboat that is a replica of the boat that won the first America’s cup in 1851, the America. The 2.0 was added to reflect the high tech materials and green construction of the new vessel. 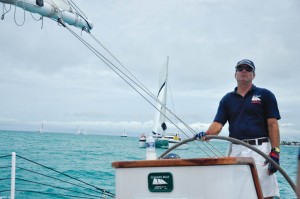 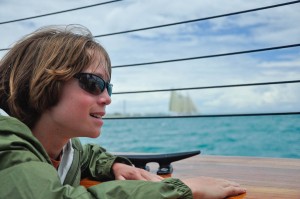 This boat was also built as a tourist boat with seating on deck for approximately 75 people. We had seen the boat under full sail a few days before and it was a beauty. The boat lives in Key West part of the year and spends the rest of the year in New York City. 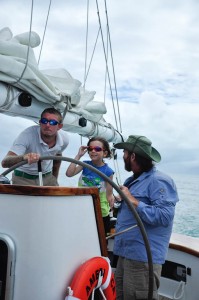 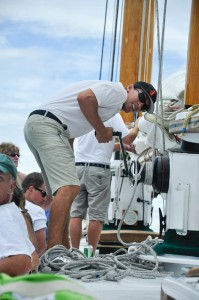 We were the last ones to the starting line but once we hit the line, we cruised past every other boat in the race. The course took us out to a reef 7 miles off shore. ( I presume a reef that gave the 19th century mariners some trouble) 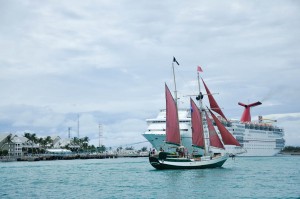 left: Heading out of port to the race course. 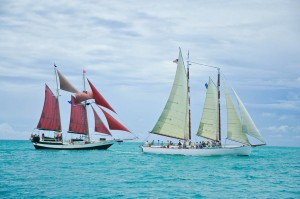 right: Some of our competition. 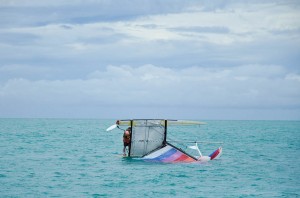 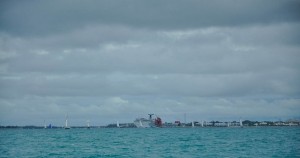 right: Our competition lags way behind.

We steadily pulled away from all other competitors on the water and by the time we heard the race committee sound the finish horn, the other boats could barely be seen. I don’t doubt that the original America had a similar experience. 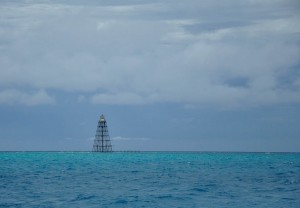 left: The lighthouse marks the finish of the race. 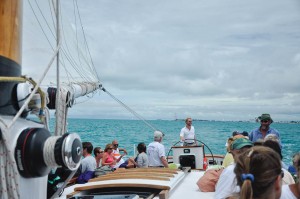 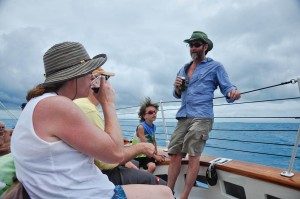 left: The hippygeek enjoys the sail. 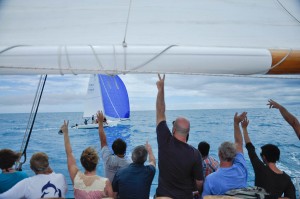 right: The “crew” cheers on another finisher.

The sail out to the reef was pleasant and sunny but as we turned back for Key West some ominous clouds moved in. We were spared the rain but not the winds which, at one point, put the rails in the water making for an exciting sail back to the dock. 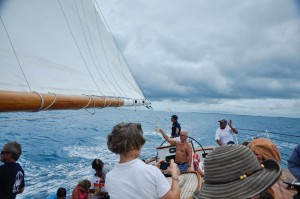 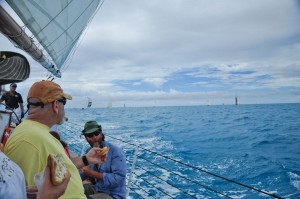 It was a fun day on the water especially for the Hippygeek, the sailor, who couldn’t imagine going to a place like Key West and not spending any time on a boat. The Dudes had a great time too even though the Lil’ Dude didn’t get his face ripped off. 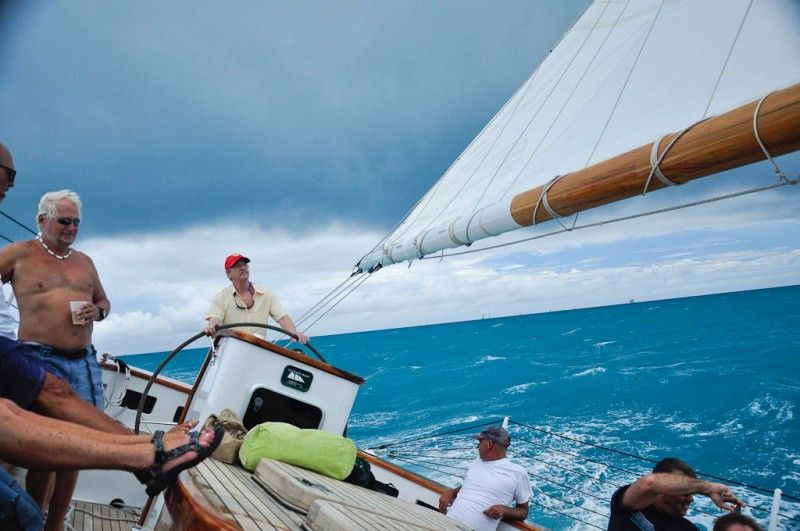 One ship sails east and another sails west
With the self-same winds that blow.
Tis the set of the sail and not the gale
Which determines the way they go.
As the winds of the sea are the ways of fate
As we voyage along through life,
Tis the act of the soul that determines the goal,
And not the calm or the strife.
-Ella Wheeler Wilcox

This entry was posted in Dawn Deliberates and tagged Key west. Bookmark the permalink.