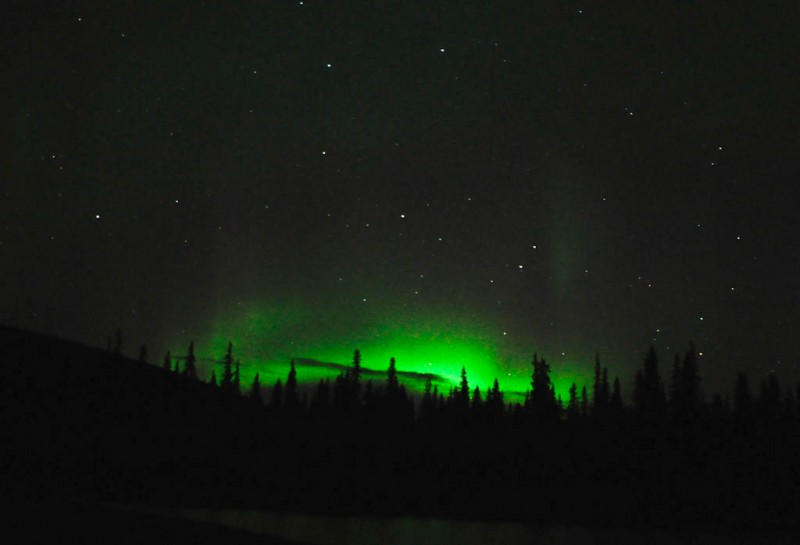 Fairbanks has the distinction of being at a latitude in which the Aurora Borealis is most likely to occur. Knowing this, we didn’t want to miss the opportunity to see the atmospheric event. So, we moved our camp to 48 mile ponds campground northeast of Fairbanks where there was a wide open sky and no light pollution and also gave us the the possibility of catching some fish. 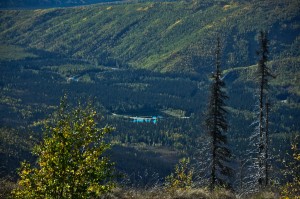 left: We camped by the ponds in the picture.

The Aurora is also referred to as the Northern Lights and occurs when solar wind mixes with the earth’s atmosphere and magnetosphere resulting in brilliant color displays in the sky at the poles.

right: The boys try to get a little fishing in before night fall.

We would be leaving Fairbanks soon so this was going to be our one shot at witnessing the event. We set the alarm for 1:00am, unfolded chairs outside, put the camera on a tripod and piled blankets up by the door. I don’t get up or function well in the middle of the night so preparing everything in advance would make us much more likely to actually get out of bed. I even told the Dudes to go to bed in their clothes so that they would be ready to head out into the cold night. 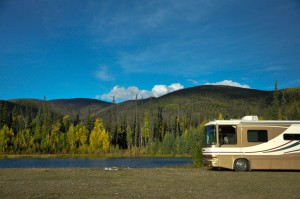 left: We faced the rig to the North so we could see the sky from the rig if it was too cold to go out. 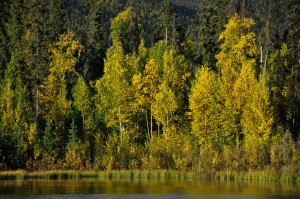 right: The evening sun made the Fall colors brilliant.

It was a clear but windy night which made it that much colder and I wasn’t really jumping for joy when the alarm went off. We peeked out the window and saw a hint of green light in the sky. 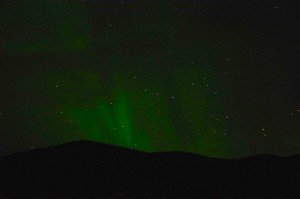 So, we wrapped ourselves in blankets and went out into the night for the show.

“The stars are putting on their glittering belts. They throw around their shoulders cloaks that flash. Like a great shadow’s last embellishment.” Wallace Stevens

This entry was posted in Dawn Deliberates and tagged aurora borealis. Bookmark the permalink.

8 Responses to The Aurora Borealis