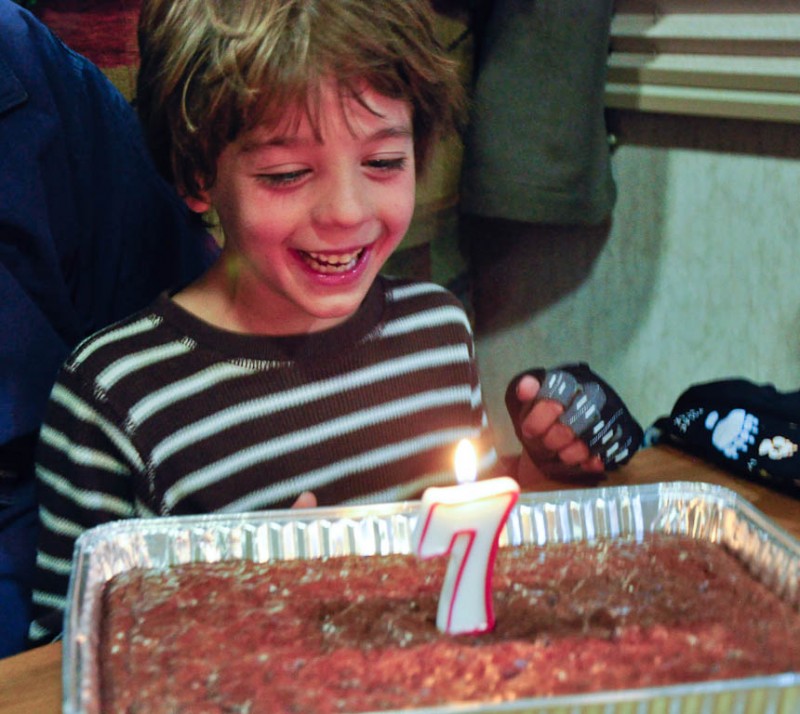 The Lil’ Dude turned 7! And, his birthday happened to coincide with our departure from Alaska. So, to make this birthday extra special, we decided to celebrate it in the morning in Alaska and in the evening in the Yukon. That way he could have a birthday in two countries. 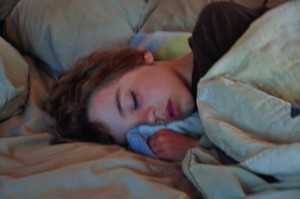 left: At first, I had a hard time waking the Birthday boy up.

He has been counting down the hours to his special day for weeks. Extra smiles have been appearing on his already smiley face in anticipation of the event. He has also been trying to pry information out of all of us about his presents. But, we were all sworn to secrecy so his presents remained a surprise. 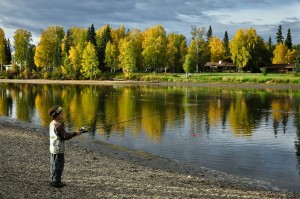 right: Trying out the new fishing rod on the Chena River.

His big present was a new fishing rod since his previous “little kid” fishing rod didn’t make it through Alaska. He also received a couple of new DS games to help keep him occupied during the long trek back through Canada. 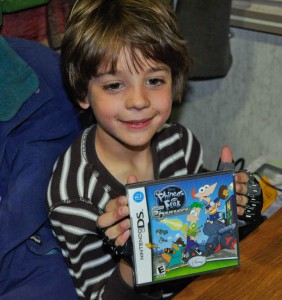 right: They all have a case of the giggles.

Twenty hours a day of Alaskan sunshine through the summer stimulated a growth spurt so he got some new pants to replace his current “high water” ones. Bike gloves and a bike bell rounded out his cycling equipment now that he is a “hot shot” cyclist. 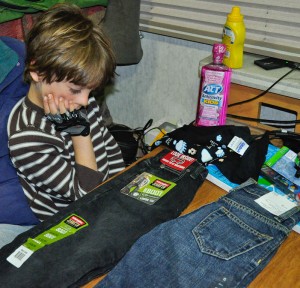 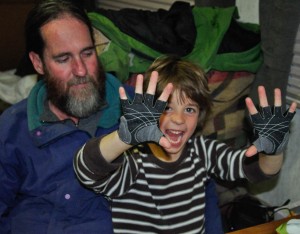 His birthday dinner request was a typical hot dogs and mac-n-cheese and we finished off the meal with brownie ala mode, yum. 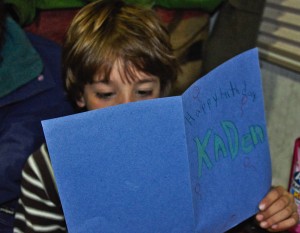 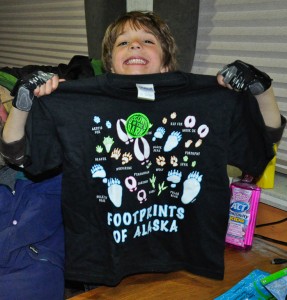 right: A souvenir from Alaska.

It was an unusual birthday since we were on the road most of the day but it was fun starting it in the U.S and ending it in Canada. 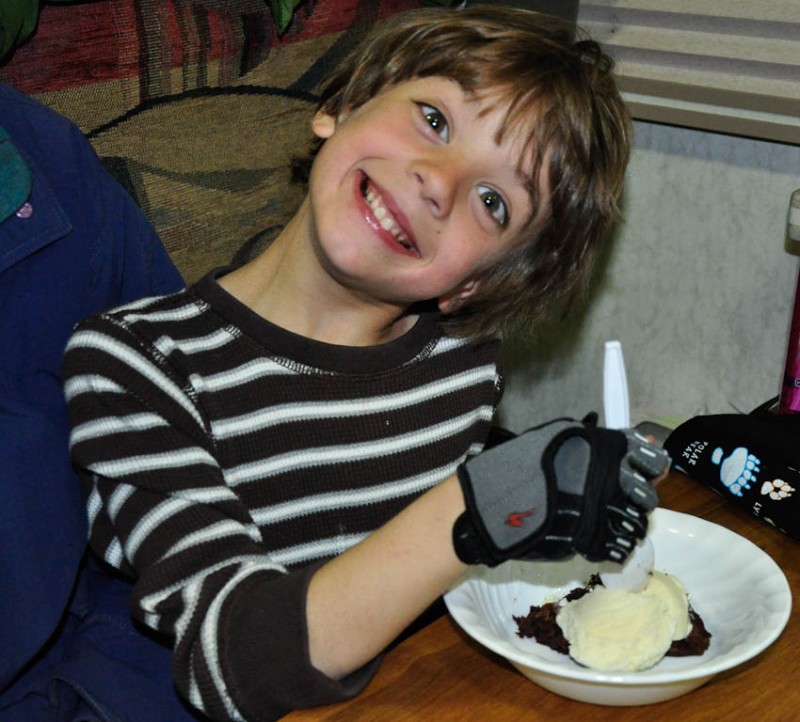 “Most of us can remember a time when a birthday – especially if it was one’s own – brightened the world as if a second sun has risen.” Robert Lynd

This entry was posted in Dawn Deliberates and tagged Birthday. Bookmark the permalink.

11 Responses to A “Two Country” Birthday